History
The Farmers & Merchants’ Bank was opened July 2, 1890 by Judge G. Terry, who was President; Dr. E. Stuart of Fairview, who was Vice President and S.H. Perkins, who was Cashier. The Bank of Elkton was organized and chartered on February 7, 1866, with a capital stock of $50,000. Business began in a small office on the northwest side of the Public Square, presently housing Knuckles Insurance. 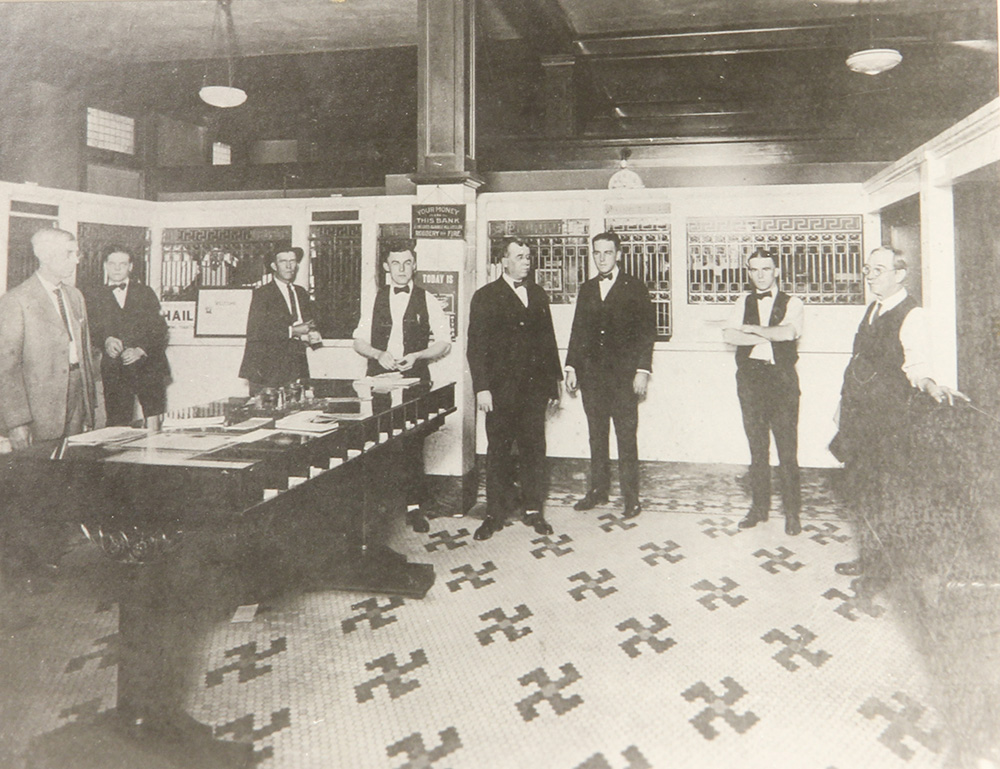 The “new” bank used the Bank of Elkton building on the south side of the Public Square (later Hurt’s Grocery and Dollar Store). The Farmers & Merchants’ building was used for insurance, real estate transactions and to house safety deposit boxes.